The island of Santa Maria, here the largest beach of the archipelago 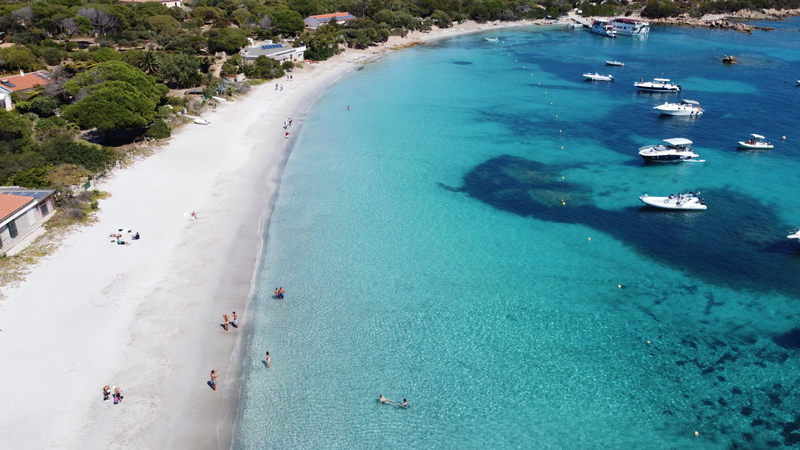 On the island of Santa Maria there are very few buildings but among these there is an ancient and modest Benedictine convent where the friars fleeing Boniface found refuge.
A church dedicated to the Madonna from which the name derives is attached to the convent.
The island has a beautiful beach with very fine sand: Cala Santa Maria, one of the largest in the Archipelago.

The screenwriter Franco Solinas, immersed in the peace and beauty of the nature of Santa Maria, has written among the most important pages of committed Italian cinema. Solinas' tales fascinated many fellow actors and directors such as Gillo Pontecorvo, Giorgio Arlorio, Costa Gavras, Joseph Losey and Gian Maria Volontè also conquered by such enchanting landscapes.
In the cemetery of La Maddalena rest the remains of the great actor Gian Maria Volonté who spent a lot of time in the Archipelago, especially in Santa Maria and who in the meantime had also become a sailing instructor. It seems to imagine him now sailing alone among the islands, steering the boat in the impetuous wind of the Archipelago.